You may have heard people complaining about losing the alignment of their teeth over the years particularly the lower incisors’ area even if they had orthodontic treatment in the past and having had perfect alignment. Wisdom teeth are usually blamed as the primary cause of this phenomenon and they are easily sacrificed. However, wisdom is not able to create such orthodontic problems as they are as weak as other teeth and not able to push all teeth at the front by overcoming the resistance of the bite.

There is a natural tendency on the lower front teeth to get crowded and getting even worse over the years. Fortunately, this is usually not the case for upper teeth which are more visible and noticeable as opposed to lowers ones. However, this is usually an aesthetic concern for many and is a reason for them to seek an orthodontic solution. This phenomenon is called “late crowding”.  There are a couple of theories explaining this natural process. 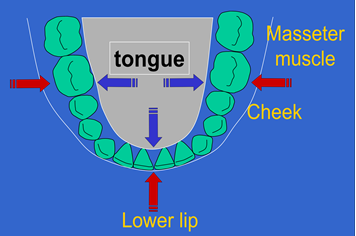 1- There is a natural balance between soft tissues (lips, cheek and tongue) and the hard tissues (teeth, bone) in the mouth.  The positions of the teeth in the mouth and the forms of the dental arches are defined by the forces generated during the functions of the oral cavity (ie chewing, talking, breathing, smiling, swallowing, whistling etc. . . ). Lip and cheek muscles apply forces directed inward in a way to squash the dental arches and the tongue resists and neutralizes them by generating forces from inside out to maintain the form.  This phenomenon called “equilibrium” works throughout life and keeps the relationships between hard tissues (bone and teeth) and the soft tissues (lips and cheek) constant. Simply this balance of forces remains for life.

Therefore, if someone has well “aligned teeth” at adolescence this alignment usually remains as it is for his/her entire life unless “additional forces” intervene and change or disrupt this “natural balance” between hard and soft tissues. These additional forces could be:

2- As part of the natural process jaws and dental arches are tending to grow (or move) in a forward and downward direction throughout life carrying teeth in the same direction; a process called “mesial migration”. This extremely slow process happens over decades. On the other hand, lips lose their flexibility and tend to get thinner and flatter with aging. This slow collision results in crowding particularly on the lower front area where teeth are small and the bone is thin. Once teeth lose their alignment, the crowding usually gets worse with time.

Although many dental professionals blame wisdom teeth as the primary reason for the late crowding, research suggests this phenomenon happens even in cases where wisdom teeth are missing.

Indeed, the angles of the wisdom teeth on the panoramic X rays (particularly the lower ones) are such that they seem to push all teeth forward. In reality, wisdom teeth are not able to have such a big impact on the front part of the dental arches because of two main reasons:

Firstly, wisdom teeth are relatively weak teeth and can’t push the teeth forward even if they don’t have enough space on the arch. In case there is a lack of space either they stay in the bone and can’t erupt (called impaction) or erupt sideways towards the weakest part of the bone.

Secondly, these teeth are relatively week as nature and are not capable to push all multirooted molars, premolars, and strong canines by overcoming all the resistance of the occlusion and interdigitation with the opposing teeth and cause crowding at the front part of the dental arch. However, due to biological variances and lack of predictability they may contribute to “mesial migration” explained above and be part of this “late crowding process”. 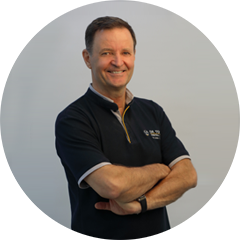